Credit to Kirsti Marohn of MPR News for the article: https://www.mprnews.org/story/2019/07/16/dnr-seeks-input-on-mille-lacs-lake-management 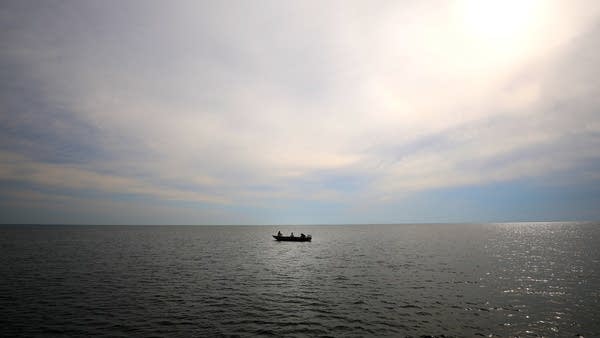 The Minnesota Department of Natural Resources is gathering public input on its first management plan for Lake Mille Lacs.

About two dozen people gathered at Mille Lacs Kathio State Park Tuesday evening to hear about the lake’s changing fish population and share their opinions about how it should be managed.

DNR fisheries chief Tom Heinrich said the agency’s goal is to get input from anglers, business owners and others with an interest in the lake’s fishery. A draft plan is expected to be complete by this fall or winter.

It will be the first such management plan for Mille Lacs, which is co-managed by eight Ojibwe bands that retain fishing rights on the lake. The DNR has completed similar plans for other large Minnesota lakes.

The DNR sets the amount of fish anglers are permitted to harvest each year, using estimates of the number of fish in the lake. In recent years, anglers on Mille Lacs have faced tighter restrictions on when and whether they’re allowed to keep walleye they catch as the DNR has sought to boost the walleye population.

“The types of management actions that we’re going to take on the lake are going to be much more predictable than they’ve been in the past,” he said. “Without any really clear guidance, we don’t really know how people want us to manage things.”

Heinrich said there are several factors behind the lake’s changing fishery. Among them is the fact that water clarity on the lake has improved over the past few decades. It began in the 1990s, likely due to sewage treatment improvements.

It happened again after zebra mussels infested the lake in 2005. Increased clarity is a problem for walleye, because the fish prefer low light and cooler water. But zebra mussels are filter feeders: They clear the water and strain out microscopic algae important to the food web.

“We recognize that walleye are the big player on Mille Lacs Lake and probably always will be,” he said. “But this plan is really designed to give us some guidance in how we manage a variety of fish species.”

A similar community meeting was held last week in Brainerd, Minn. The DNR’s third and final meeting will be held from 6 to 8 p.m. Thursday at Indian Mounds Regional Park pavilion in St. Paul.

People who can’t attend one of the meetings can fill out an online questionnaire on the DNR’s website.